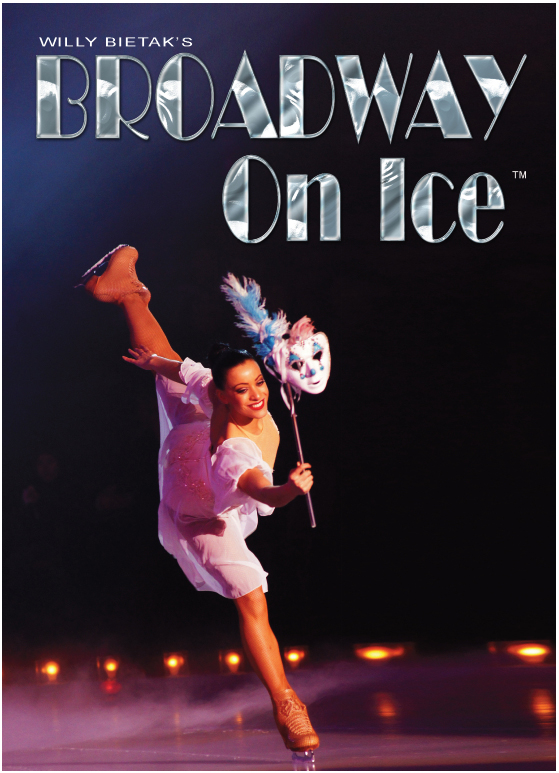 BROADWAY ON ICE is a celebration of the beauty, grace and artistry of figure skating, embraced by the magic of the Broadway musical. The show features a dazzling cast joined by Olympic and World Champions and Broadway stars working with the comedian/piano artist Dale Gonyea. Dorothy Hamill, Nancy Kerrigan, Brian Boitano, and Broadway singers Franc D’Ambrosio and Kevin Spirtas are some of the stars who have graced the ice. Presented within the intimate environment of the theater, BROADWAY ON ICE brings Broadway’s most memorable showstoppers to life.

Willy Bietak Productions is known and respected around the globe for its innovative and entertaining shows. Applauded by audiences and critics everywhere, productions have included highly successful European arena and television specials, the touring “Holiday On Ice,” “Festival On Ice” and “Ice Capades” and the current international touring hit ”Dancing On Ice.”