Calamity Jane literally snaps, crackles, and pops back into theatres across America in buckskins, boots, and a scout cap, surrounded by a multi-talented cast of actors and musicians. Calamity takes every audience on a magical journey back to Deadwood City where she encounters her long-standing enemy Wild Bill Hickok. The score features Academy Award-winning Best Original Song Secret Love, along with 10 Oscar Nominated songs including The Black Hills of Dakota, The Deadwood Stage and Just Blew in from the Windy City. This brand new production, produced by Louise Mandrell and Morris Higham Management, and managed by Troika Entertainment, will have audiences kicking up their heels in this Wild West Revival.

Louise Mandrell has made her mark in the entertainment world by pouring her heart and soul into each and every endeavor, whether she’s performing live onstage, recording in the studio, working in front of the camera, or giving time back to her community. Her massive fan base across the country and on social media crosses all demographics. Louise starred in eight prime-time television specials including the ever-popular Barbara Mandrell and the Mandrell Sisters, which drew millions of viewers on NBC weekly. For nearly a decade, Louise performed to sold-out audiences nightly at the Louise Mandrell Theatre that she owned and operated in Tennessee.

Louise recently starred in Calamity Jane the Musical, presented by the Good Company Players in a sold out nine-week run in Fresno, CA. Louise Mandrell’s utmost love for Calamity Jane is apparent on stage as she portrays a multifaceted character who proves to be successful in a man’s world using guns, whips, but more importantly wit.

Calamity Jane rides into your town in Fall 2017, and will be rootin’ tootin’, sure is shootin’, double barrel entertainment aimed right at your funny bone! Yee-haw!

Show Synopsis:
Deadwood City is known for its two most notorious peace officers, Calamity Jane and Wild Bill Hickock, as they often get involved in saving the neck of Henry Miller, the local saloon operator. Calamity Jane can outrun any man in Deadwood, and cool down the crowd with her trusty pistol. Calamity sets out for Chicago to bring back the miners’ real heart-throb, Adelaide Adams. In Chicago, Calamity mistakes Adelaide’s maid, Katie Brown, for the actress and hauls her back to Deadwood City. Onstage, Katie is greeted warmly, but begins to break down and confesses that she is not the legendary star. Calamity once more has to restore order and persuade the audience to give Katie a chance. Katie then wins the heart of every man in town including Calamity’s dashing love, Lt. Danny Gilmartin. Calamity reluctantly overcomes her jealousy in losing Danny, and realizes her true ‘Secret Love’ for Wild Bill Hickok. 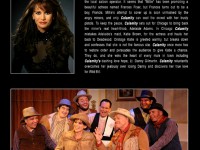 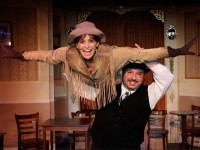 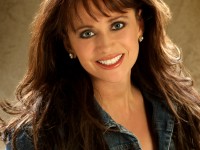 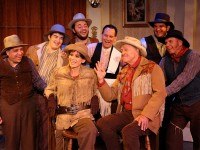 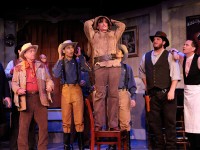